New York State imposes several taxes on employers and individuals who buy private health insurance coverage. These taxes are paid by consumers and included in their premiums. A report by the New York State Conference of Blue Cross and Blue Shield Plans reveals these taxes amounted to an estimated $5.2 billion in 2019 and increase premiums by between 6-9%. 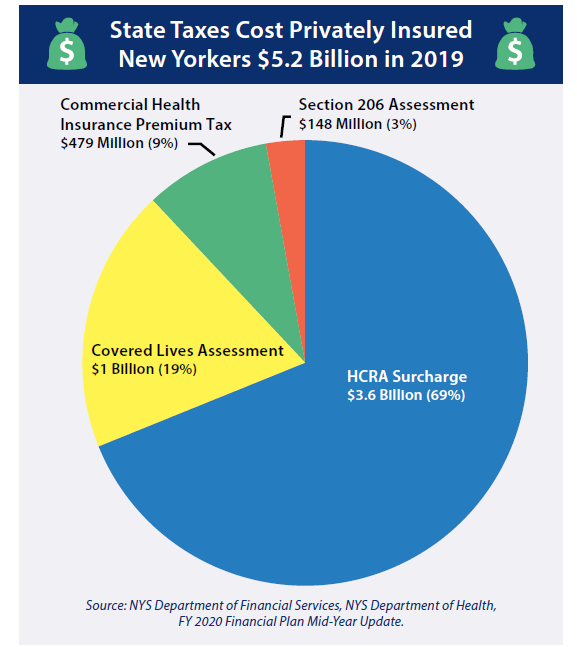 The CLA is an annual flat surcharge (or tax) on all privately insured people in the state. Health plans are assessed according to the number of people they cover. The assessment is included in the individual and family premium and varies by the insured’s residence. When it was initiated in 1996, the covered lives assessment was intended to pay for graduate medical school expenses. Increasing sums generated by the tax have been used for general fund obligations.  In 2019, New Yorkers with private health insurance will pay approximately $1 billion to the state for the covered lives assessment.

A surcharge created by the Health Care Reform Act (HCRA) of 1996 is collected from health plans in the form of a sales tax on certain hospital-based health services. The surcharge was originally designed to help reimburse hospitals for losses incurred by bad debt and charity care. Today, it is used for a variety   of general fund purposes. The surcharge applies to members of a self-insured or fully insured health plan. The initial rate of the surcharge was 8.18 percent in 1997 and yielded $517 million. The current rate is 9.63 percent, and yielded $3.6 billion in 2019.

The third levy, called a Section 206 assessment (formerly, 332 assessment), was established to finance the then New York State Insurance Department operations. It applies to all licensed insurers in the state (e.g., life, property and casualty, and health) and is based on premiums paid in New York State. Section 206 assessments do not apply to third-party administrators, out- of-state insurers or self-funded health plans. In 2019, New Yorkers with private health insurance paid approximately $148- million to finance the New York State Department of Financial Services.

A 1.75 percent tax is applied to premiums paid by those with commercial health insurance policies. The revenue from these for-profit insurers goes to the state treasury’s general fund. In 2018, the premium tax raised an estimated $479 million. 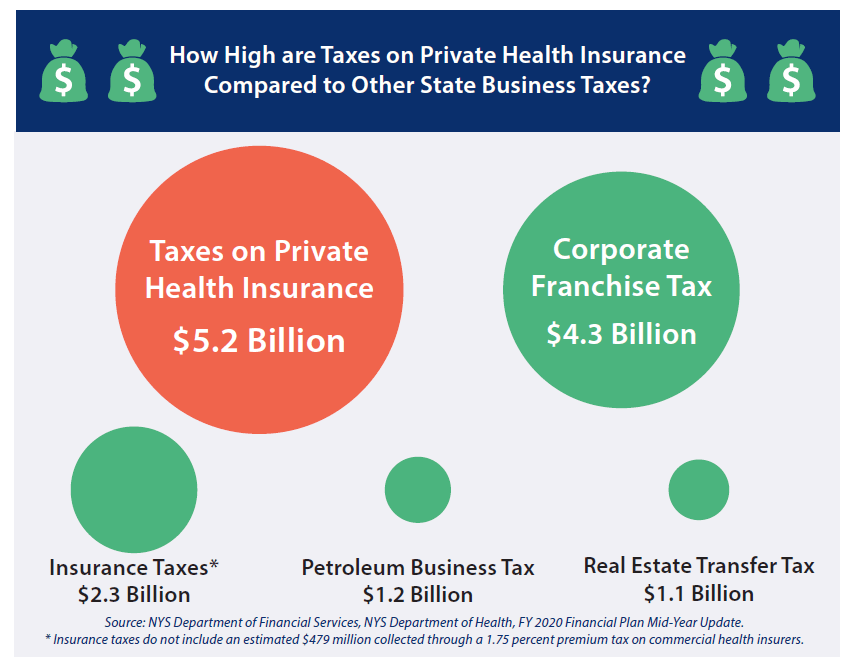 Among all business taxes levied by the state, the taxes imposed on the privately insured rank as the single largest tax in New York State. 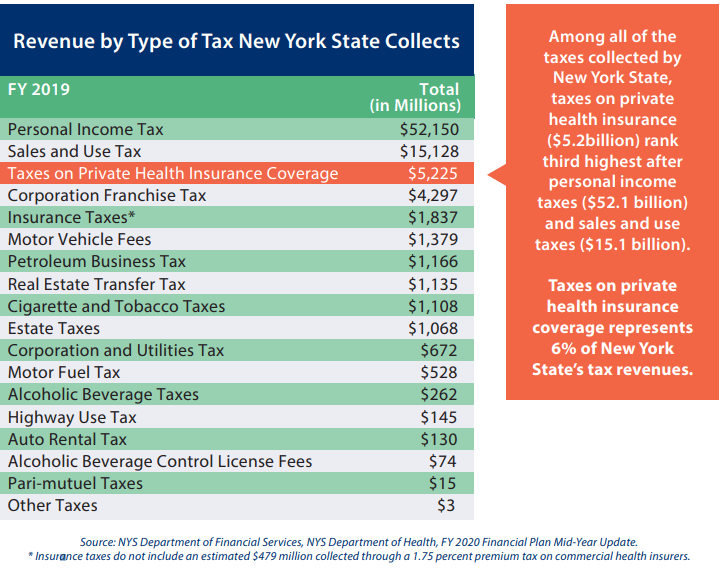